Godh: in the lap of nature, a collaborative drawing project


An additional layer to my time in Delhi has been undertaking a collaborative drawing project, Godh: in the lap of nature presented in Kochi during the Kochi-Muziris Biennale. The work was shown within Common Ground: the serendipitous happenstance project curated by Helen Rayment at OED Gallery which opened on schedule December 10th, 2016.

I had written about our project in the previous blog. The results of several months of weekly drawing workshops and discussions were transformed digitally into large format prints on cotton using eco-solvent ink. There has been great response to the work with viewers being both charmed with the subject matter, concept and freshness of the work which does capture a sense of being a truly collaborative undertaking.


It was always our intention to create a new shared space that captured the memories of the diverse landscape of our childhoods. My experience of being in and surrounded by the natural world in Gippsland Australia, was significant and shared by the others, Pushpa Kumari, Pradyumna Kumar and Ishan Khosla. Although our childhoods happened in very different regions, all were suffused by experiences with plant forms, domestic pets and animals and open spaces. I believe the panels created something of a dream landscape of our collective memories…


The selection of a coated cotton material for the image support has a paper-like quality that reflects the original genesis of the projects drawn imagery. These works are presented as an editioned suite available for purchase individually or in their entirety. We are currently developing a further extension of the suite in collaboration with a master screen printer in Delhi.

The panels were hung in a more restrained presentation to work as part of a group exhibition in this idiosyncratic space. It will be good to have an opportunity to explore presenting the work as a solo installation in subsequent venues. Stay tuned!

Common Ground: the serendipitous happenstance project remains on display at OED Gallery during the entire KMB, until March 29, 2017. Do drop by the gallery if you are visiting Kochi for the Biennale.
For more information or to enquire about purchasing the works contact me directly via this blog or my website.

Posted by Mandy Ridley at 19:55 No comments:

In parallel to the work I am undertaking with my Asialink residency hosts, Nizamuddin Urban Renewal Initiative, being in Delhi provides me with endless opportunities to enjoy a rich cultural experience. Over the last weeks I have had the privilege of finding myself in all sorts of shared spaces; engaging with others in homes, businesses, workshops, yoga classes, art talks, performances, beauty parlours, cars, autos, galleries, at heritage sites and on the street. Sometimes very confronting, often uplifting and always interesting.

This idea of the shared space resonates with a project I am developing for a group exhibition, Common Ground: The Serendipitous Happenstance Project curated by Helen Rayment, scheduled as a collateral event for the Kochi-Muziris Biennale.

I am collaborating with three others whose work I had seen and admired over recent years, Pushpa Kumari, Pradyumna Kumar, and Ishan Khosla. Our drawing project takes a cue from the title of the larger exhibition and seeks to create a landscape developed from the shared memories of the landscapes of our childhoods.

We have commenced weekly drawing workshops, initially depicting flora and fauna. Conversations veered between Hindi and English as the group share stories and memories of the diverse terrains of Bihar and Kochi in India and rural Gippsland in Australia. 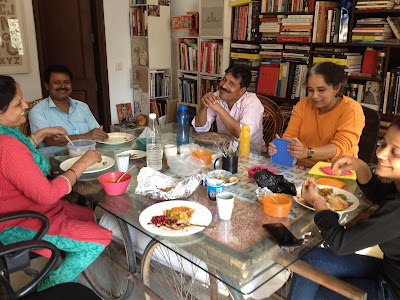 A full day means lunch when we are joined by the designers and staff from Ishan’s studio. There is endless cups of tea, much good will and laughter with discussion around the differing techniques and styles that each individual’s training have fostered. Pushpa and Pradyumna have years of drawing within a tradition framework using ink on paper.  I originally trained in Graphic Design  and share an aesthetic and great interest in traditional crafts with Ishan. 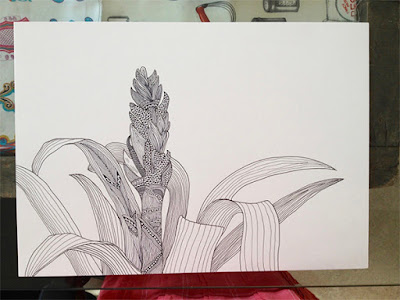 The project is deceptively simple and teases out many ideas around ways of art making from divergent cultural traditions. I have been astounded at the ease with which we have developed shared understanding about our process and way forward ( even though I have no Hindi). The synthesising of very different drawing languages has progressed such that the last drawing was crafted with multiple artists working on the one image, to our great mutual delight! 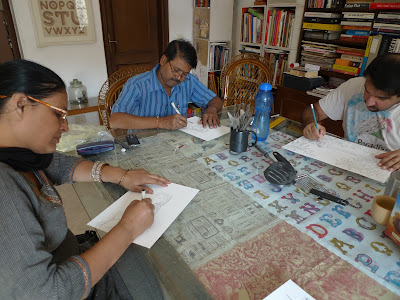 I am known for my boundless enthusiasm for conversation however one of the most delightful examples of shared space occurred within complete silence. I looked up from my drawing to see all four of us around the table completely engrossed in our work, magic!

A resolved artwork will be developed from the collective archive of drawings for exhibition at OED Gallery in Kochi, opening December 10th, 2016.

Posted by Mandy Ridley at 13:57 No comments: 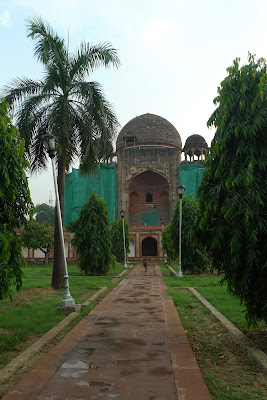 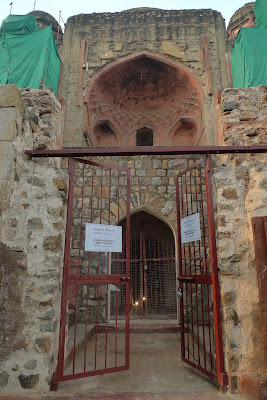 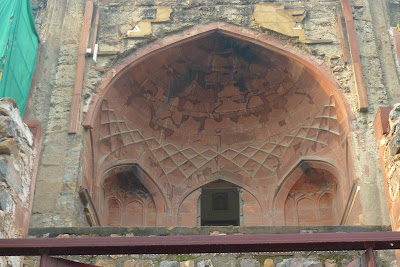 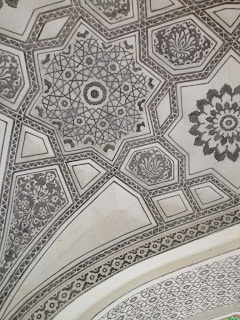 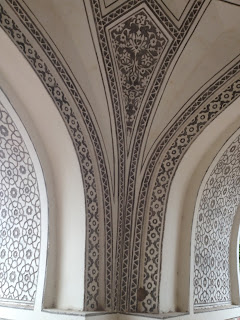 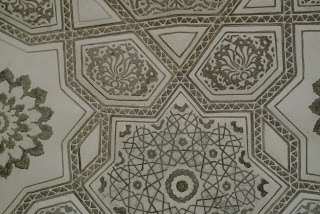 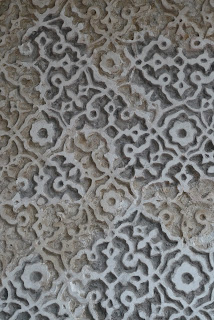 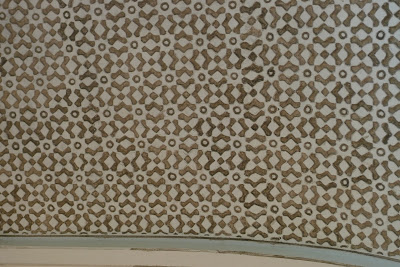 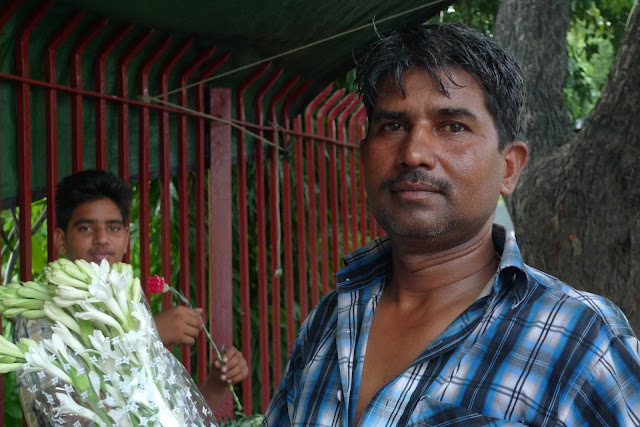 This week as I officially start my Asialink residency with the Humayun's Tomb - Nizamuddin Basti Urban Renewal Initiative in Delhi, it seems particularly appropriate to launch my new website which reveals the profound impact that my ongoing relationship with India has had in shaping both my art practice and my life.
I have really enjoyed working with Rachel Rolfe at Lead Based Ink Graphic Design to create the site. I would like to thank her and the many many creative friends and colleagues who have contributed to the work you will see. Far too many artists, photographers, curators, writers, craftsmen, clients, architects, funding bodies, kind friends and family to list individually.
www.mandyridley.com
Posted by Mandy Ridley at 00:13 No comments:

Settling into the first week.


Day 6 and I am settling into a routine.


It is still warm in Delhi so the day has a natural rhythm. After early start to get out for a walk, then tea and breakfast before work begins.


Six days in and I have reconnected with dear friends, had a first friendly meeting with my residency hosts, found and visited an art supplies shop, watched Abbas Kiarostami’s Like Someone in Love at an outdoor screening at a fabulous new studio (more of that later), eaten some delicious food AND started to learn the streets of my neighbourhood through the tread of my feet.

The walking is important as it synchs my internal GSP system! It also allows for chance encounters with others that can provide a rich lode of information. A polite greeting to a fellow walker led to a conversation with a resident happy to share stories of her family’s arrival in the district to make a new home when the land was uncleared. Really interesting to get such a direct account and hear of how national events shaped individual experience… 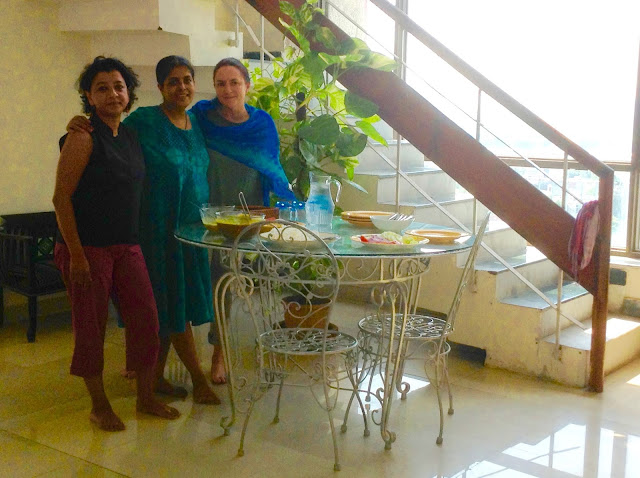 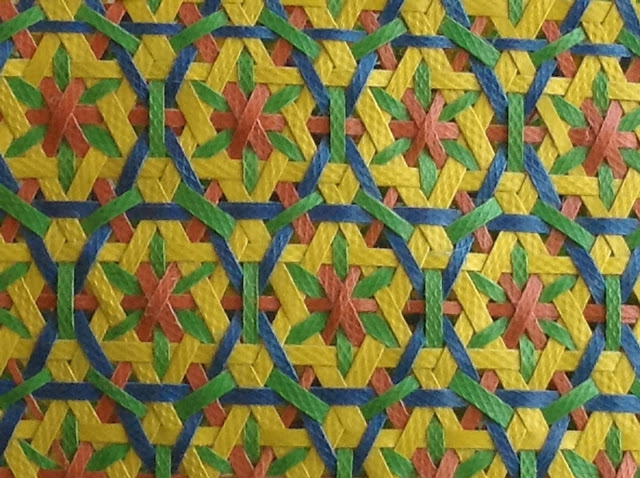 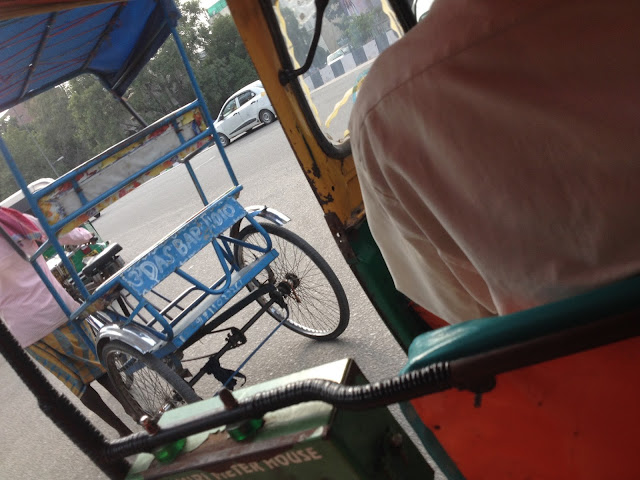 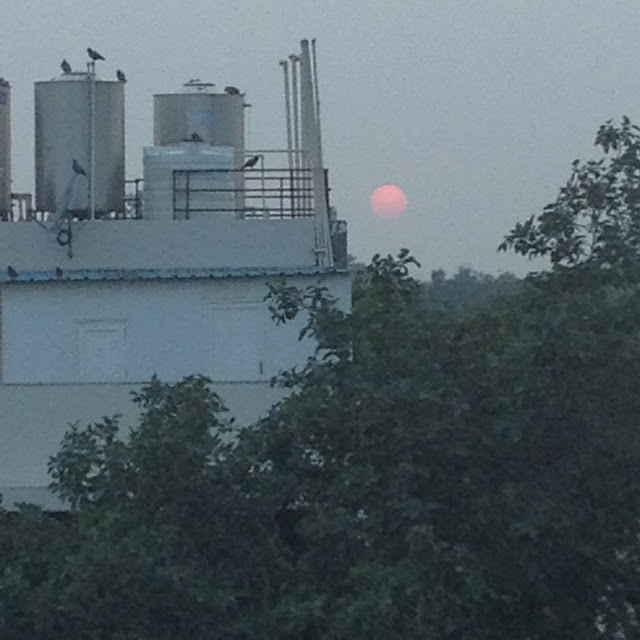 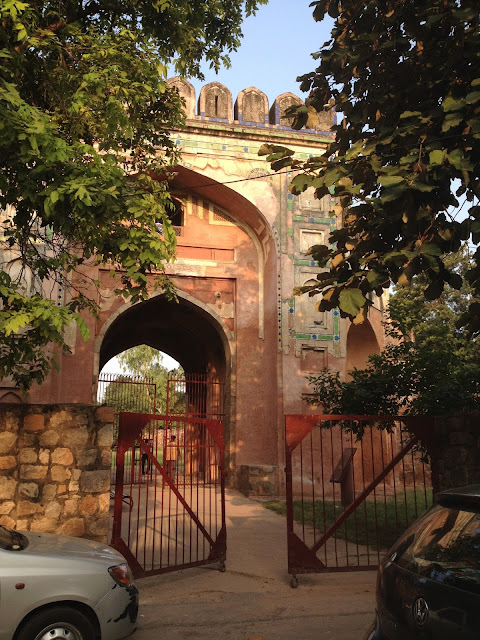 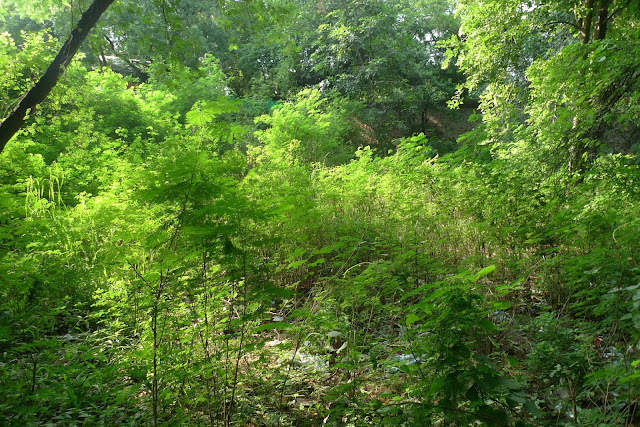 Posted by Mandy Ridley at 23:56 No comments:

In September 2016 I return to Delhi to undertake an Asialink residency at Nizamuddin Urban Renewal Initiative. This blog will form a record of my residency and allow others to share the experience. 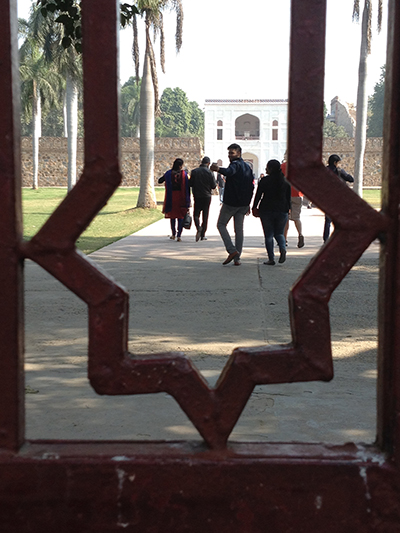 Posted by Mandy Ridley at 05:48 No comments: